The inauguration of the park designed by the residents' own ideas 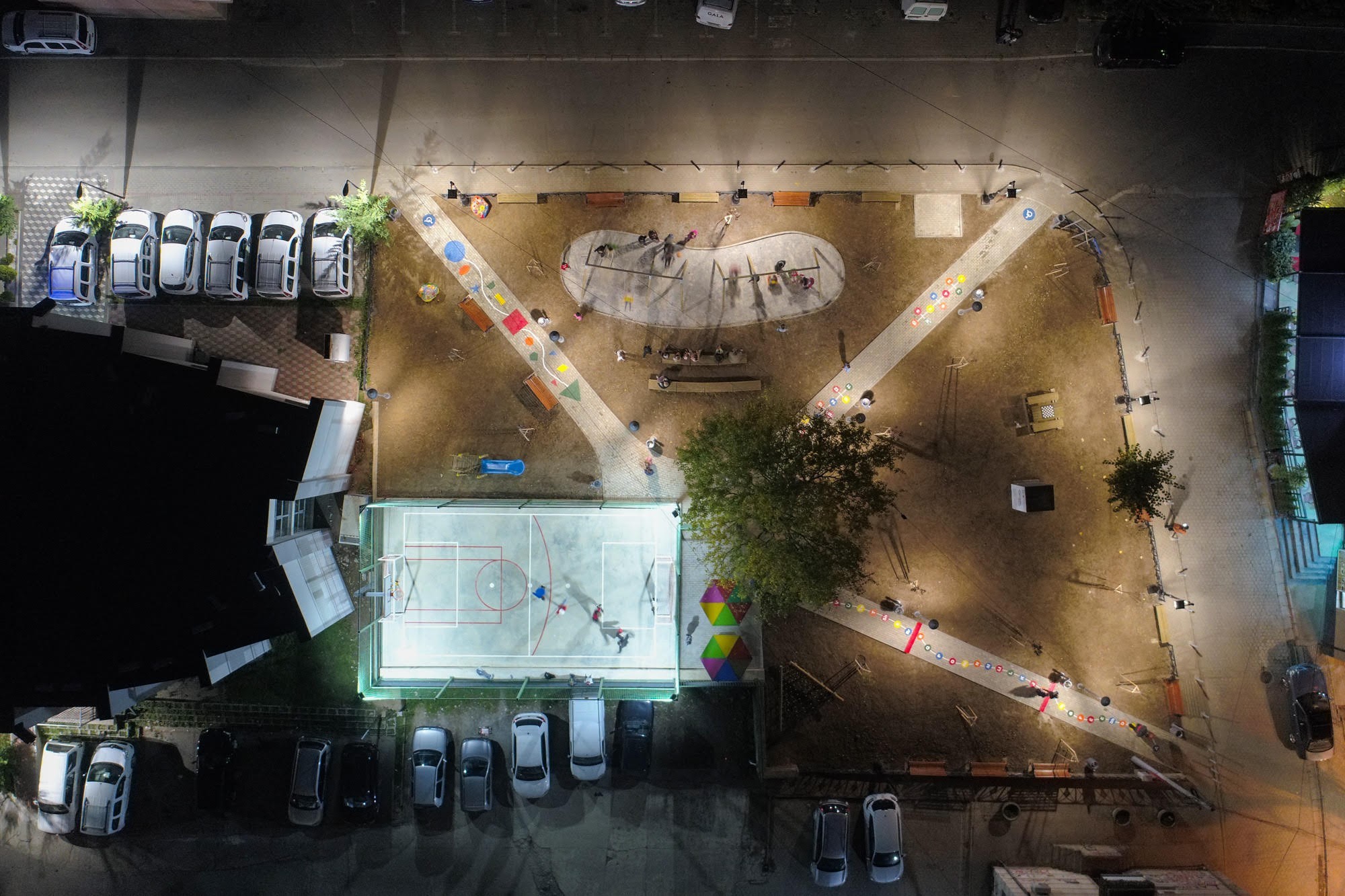 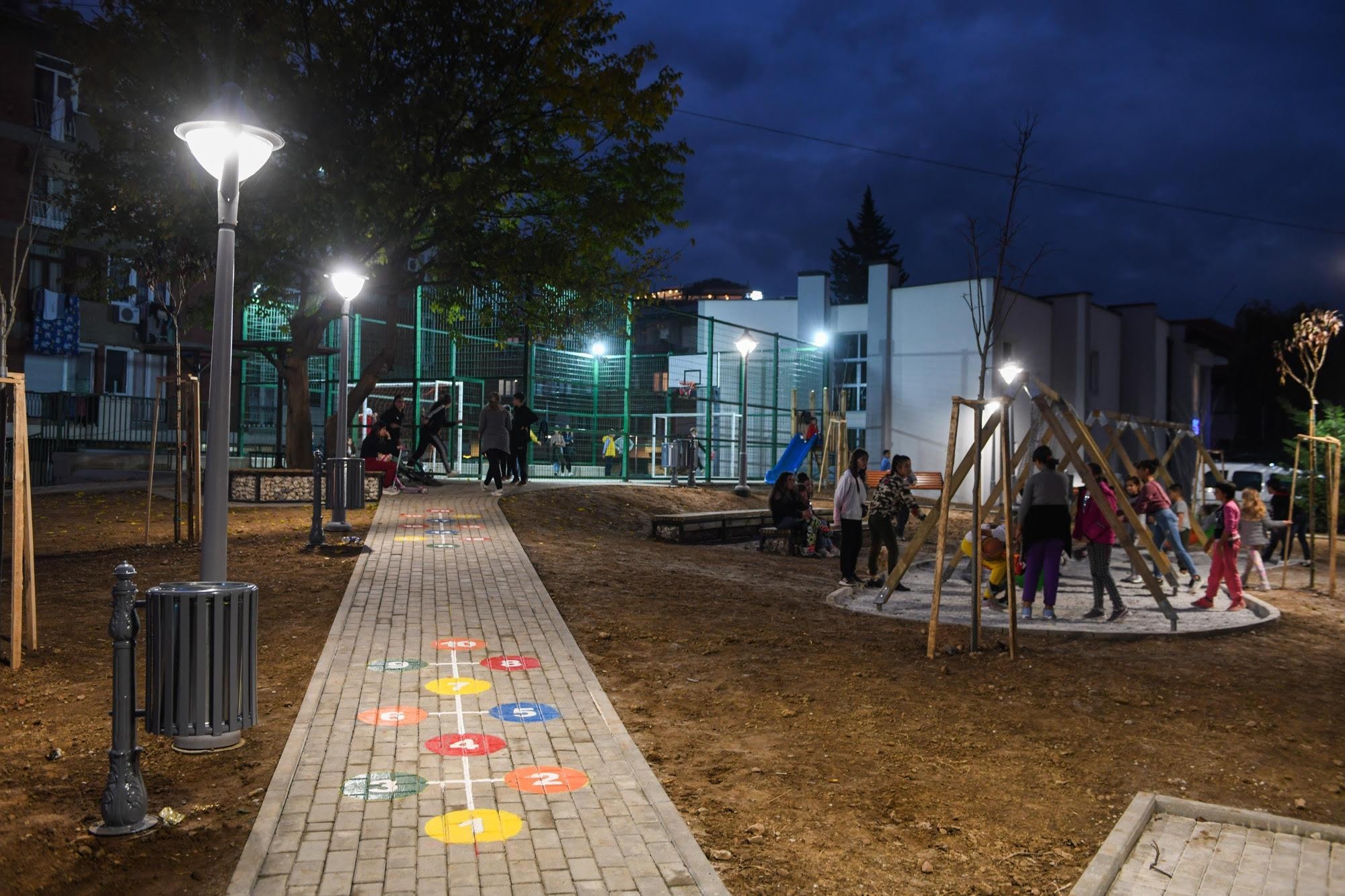 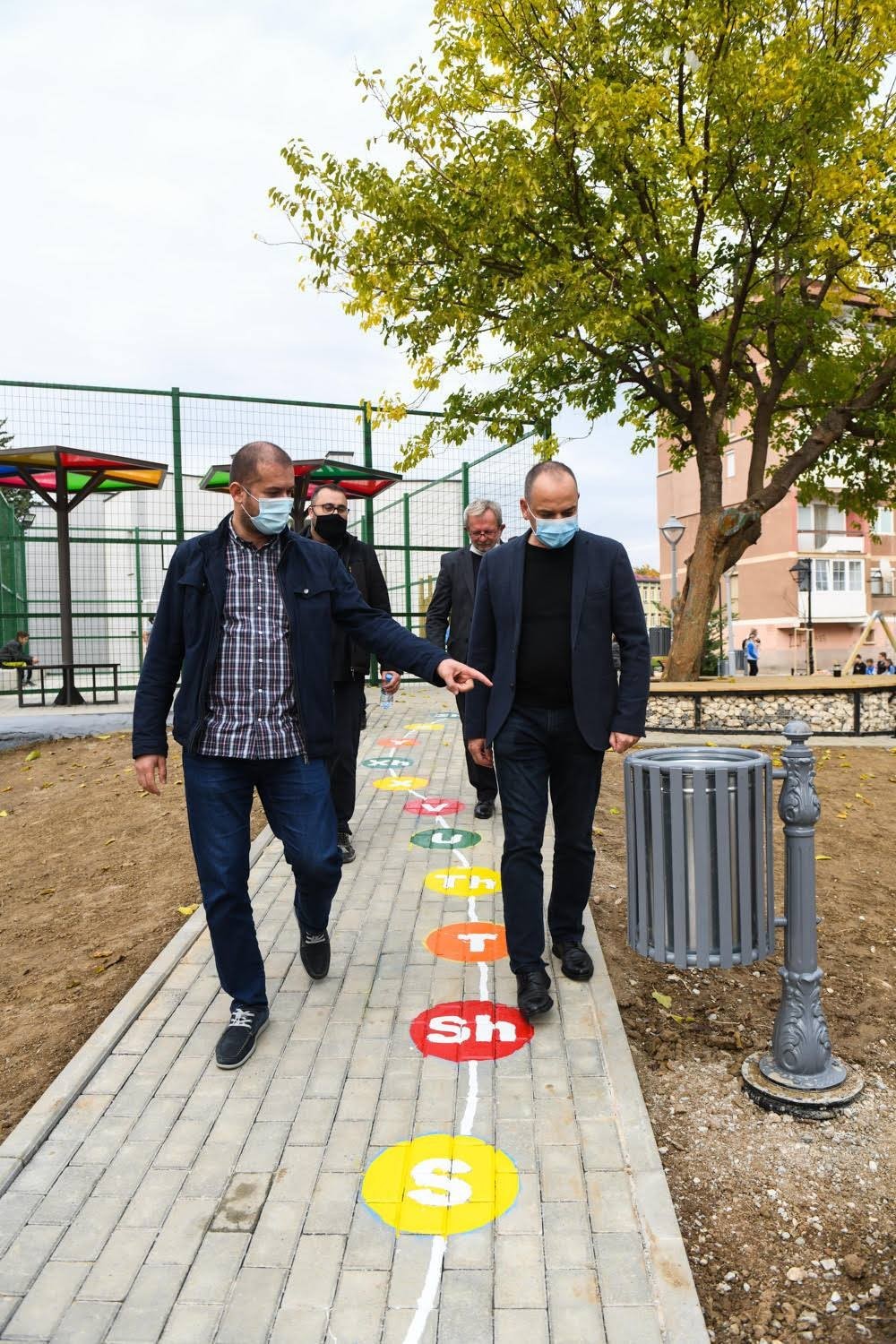 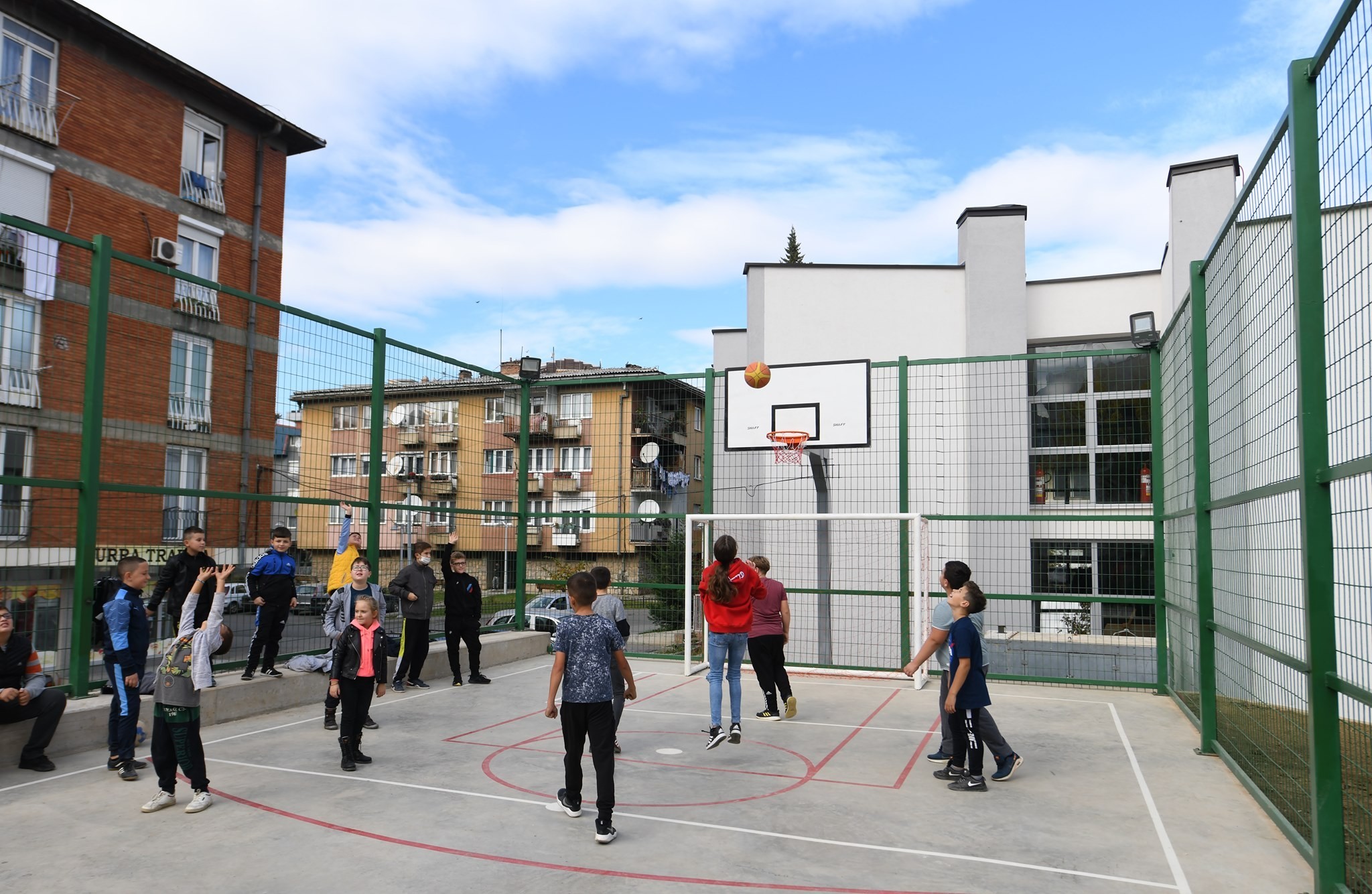 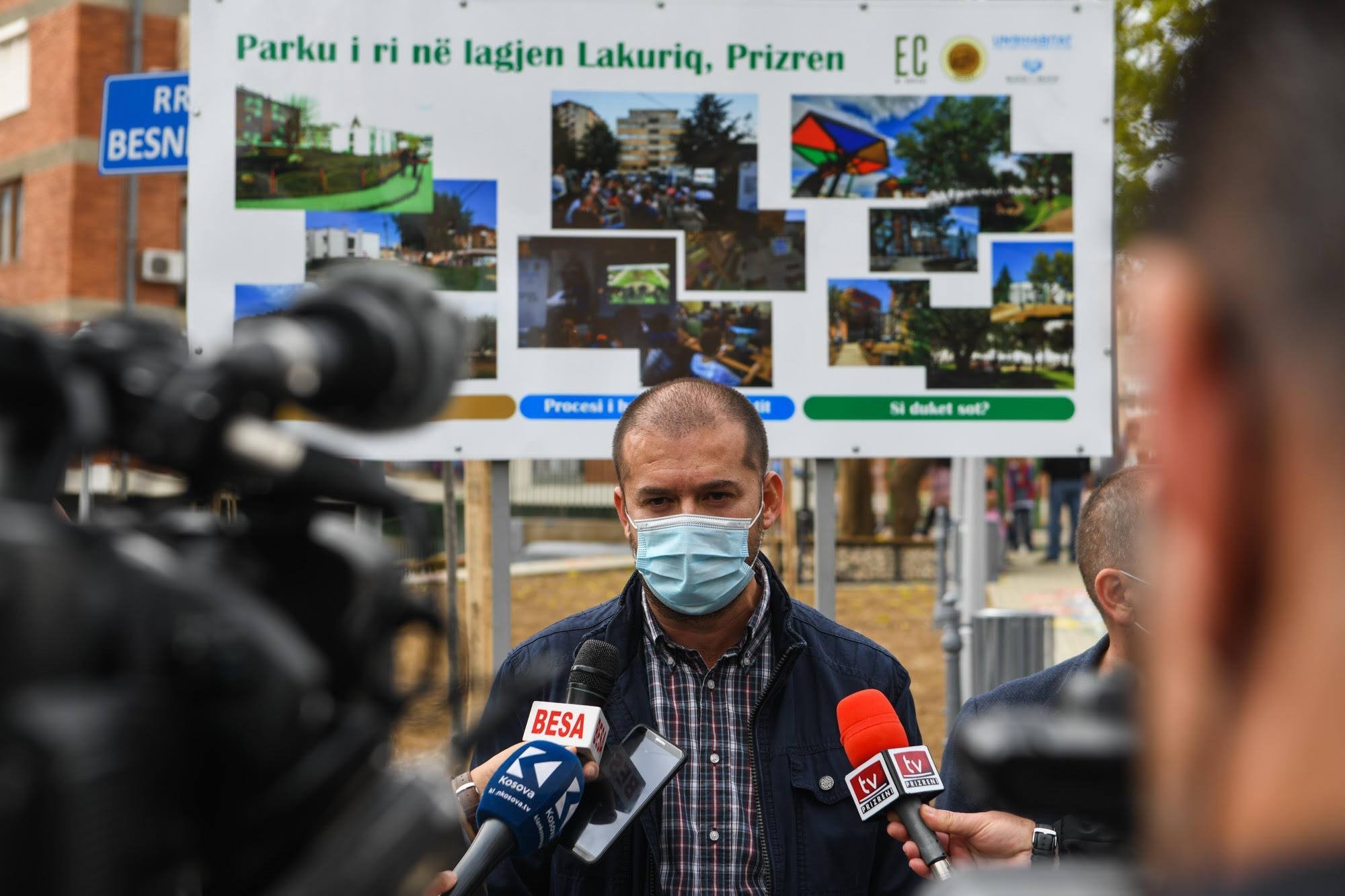 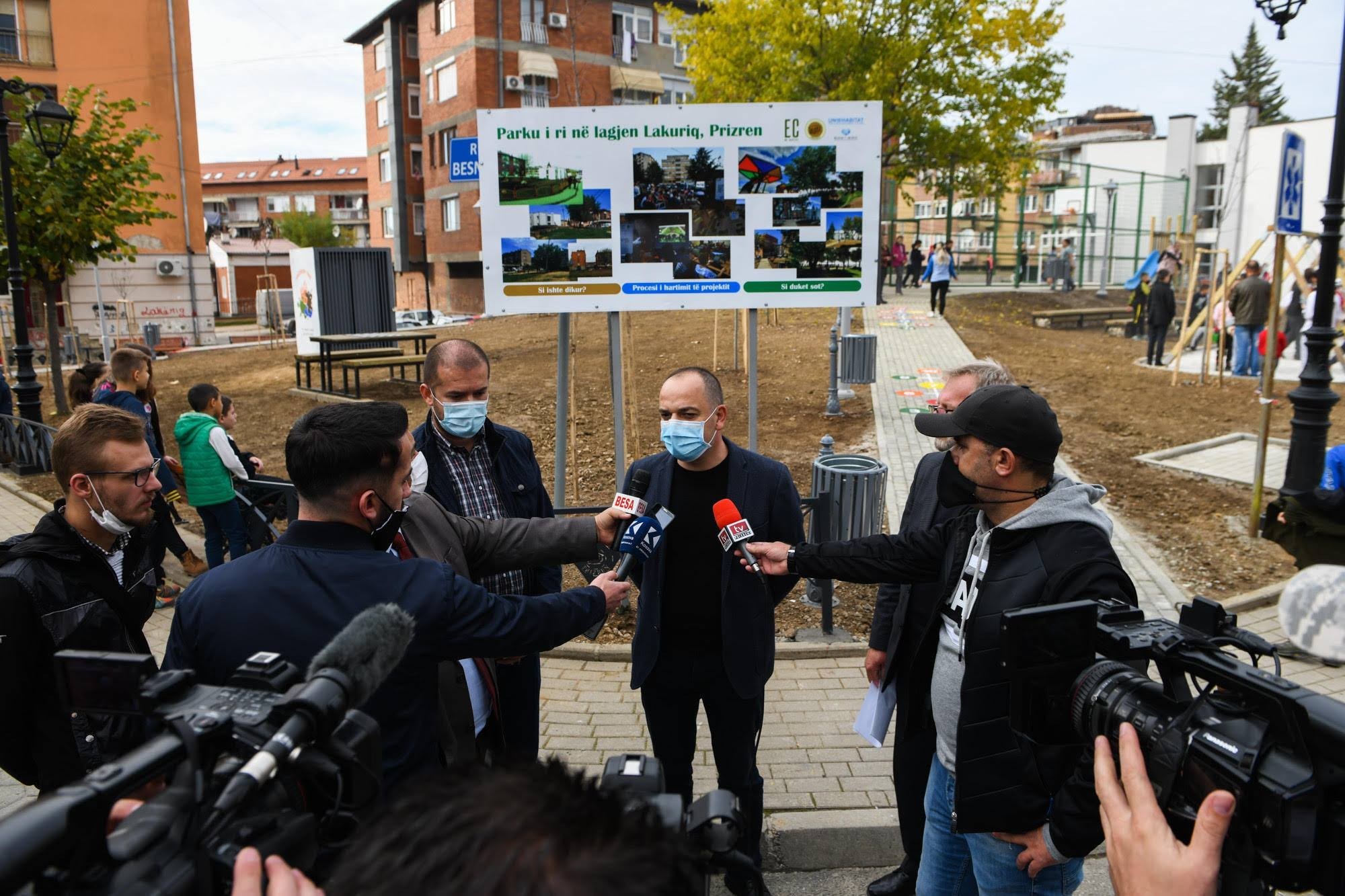 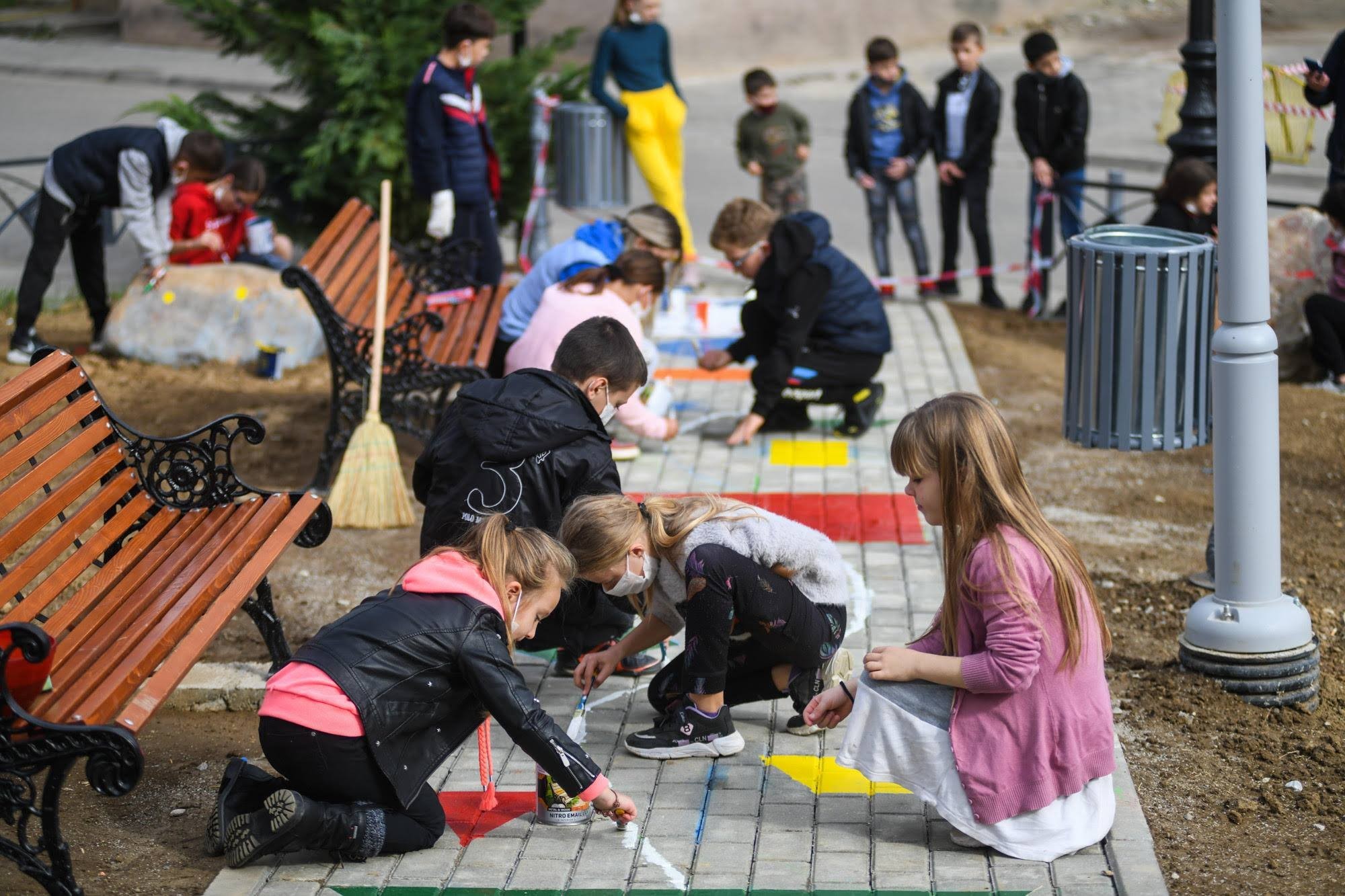 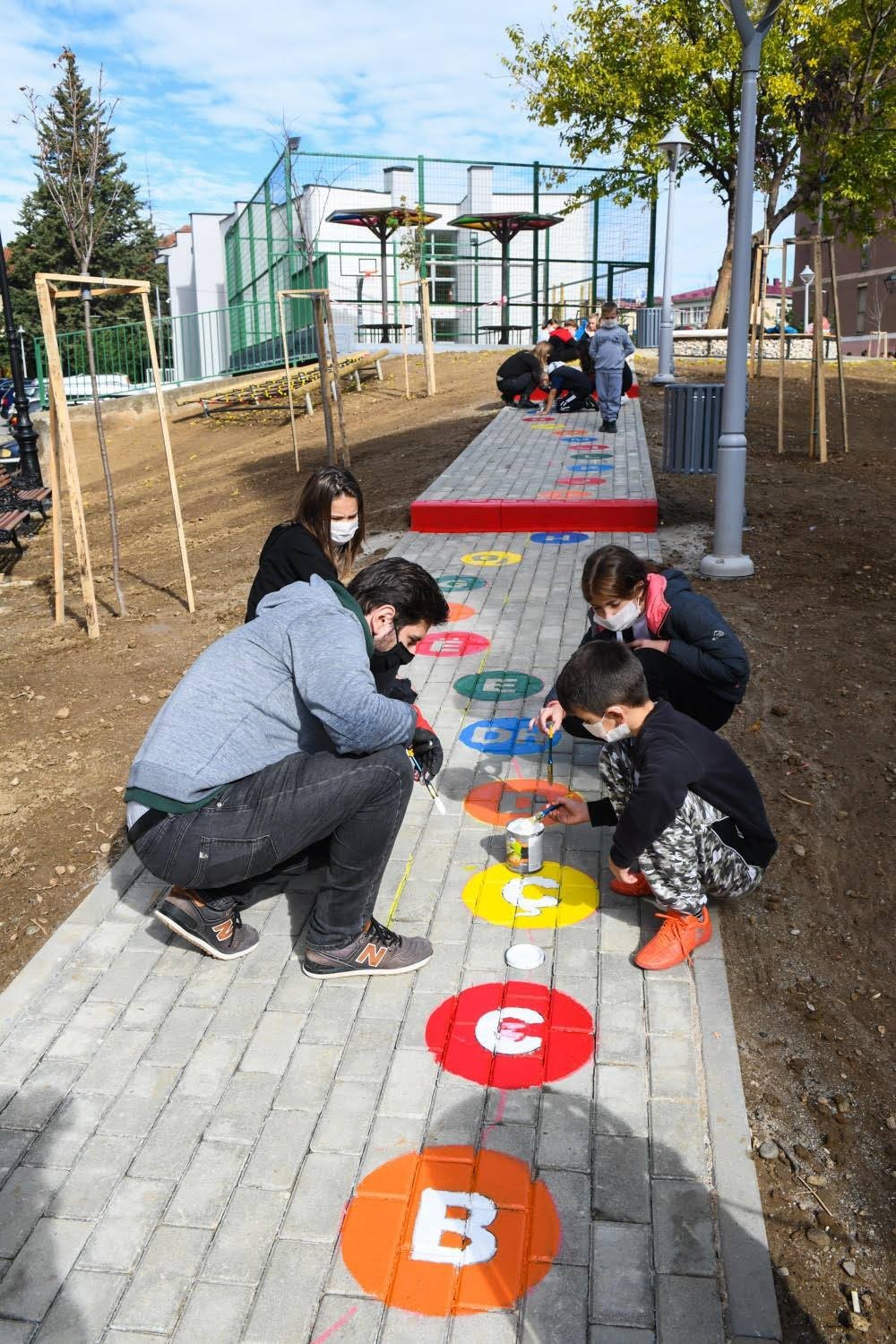 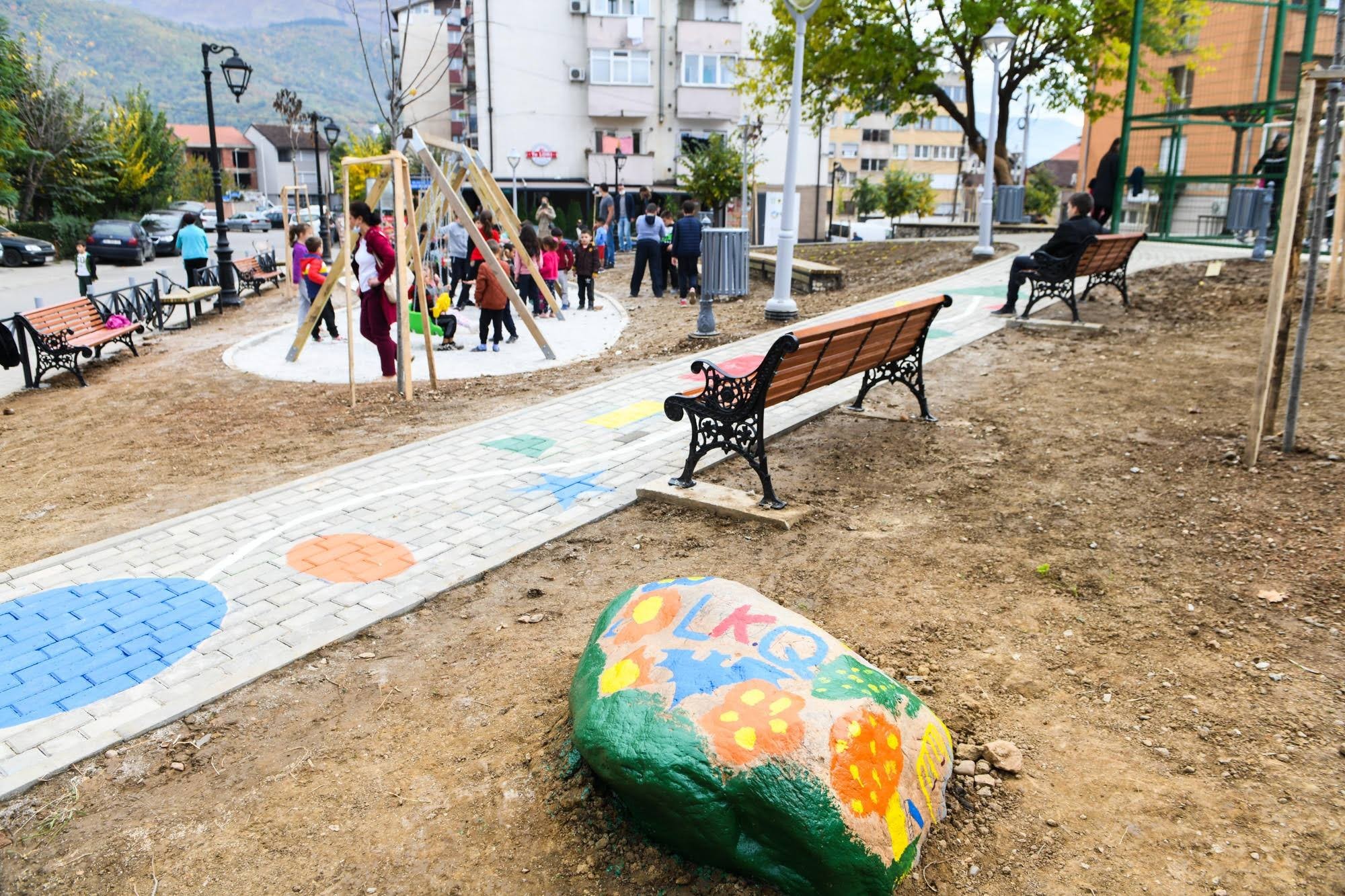 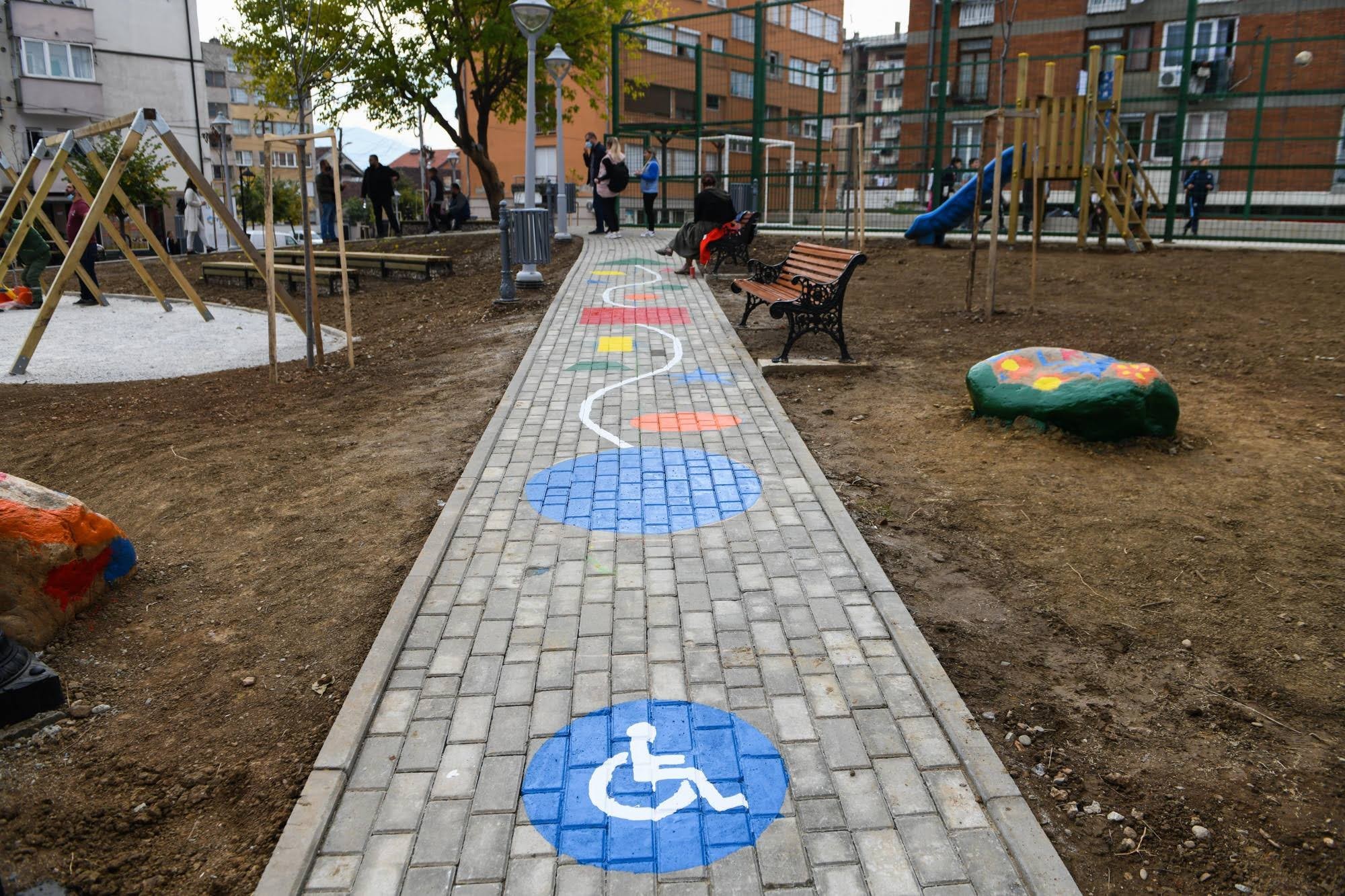 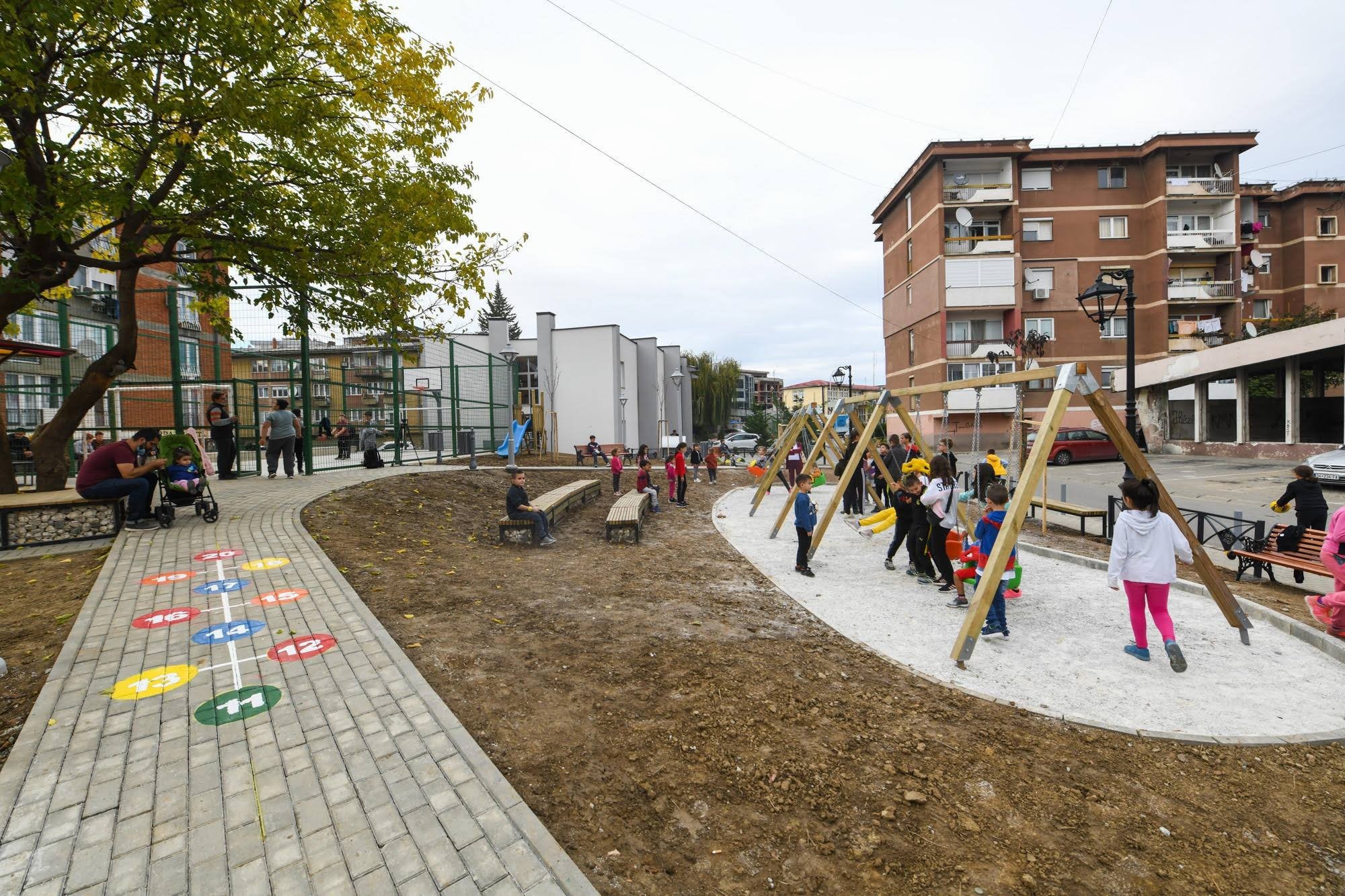 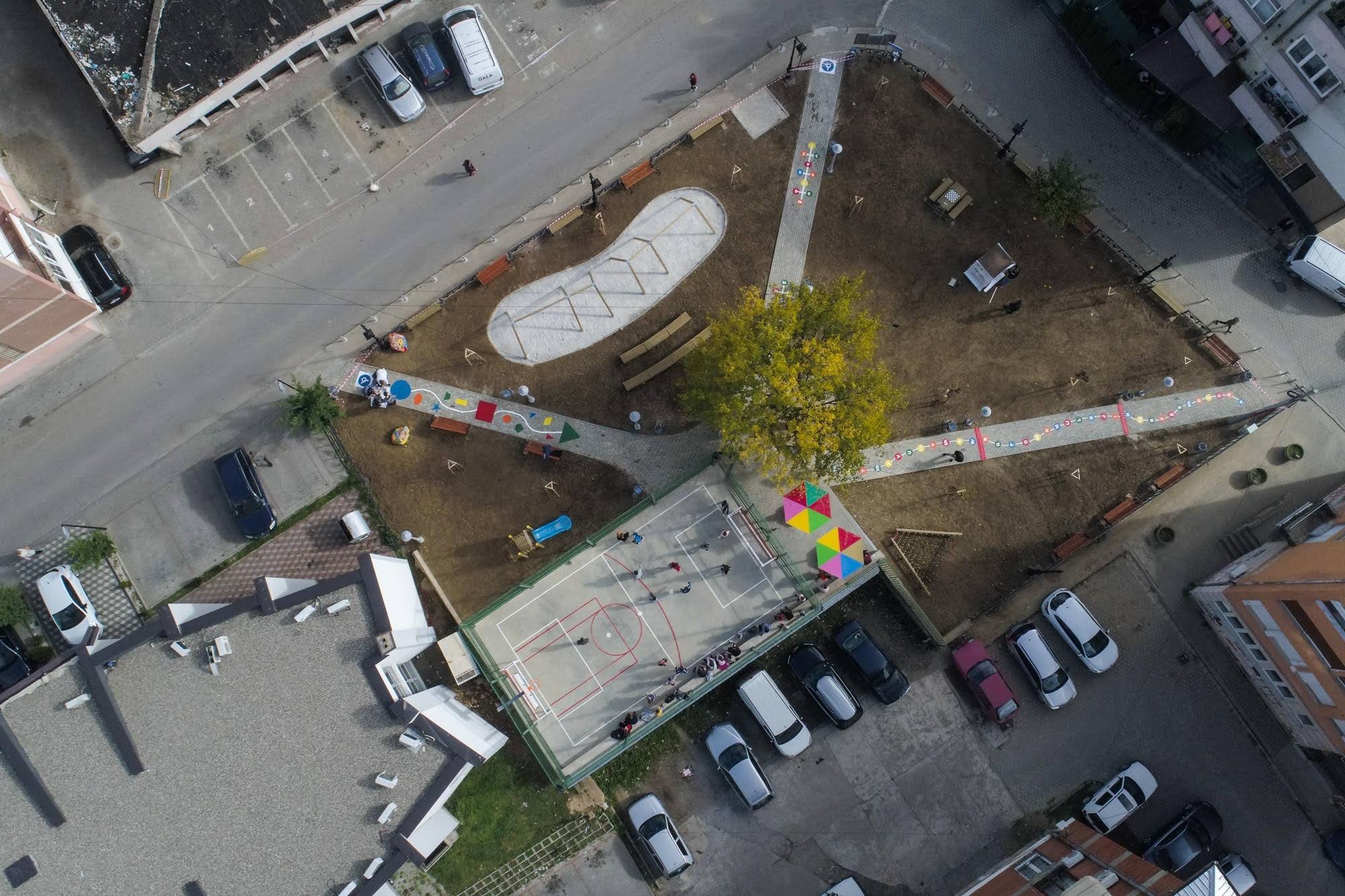 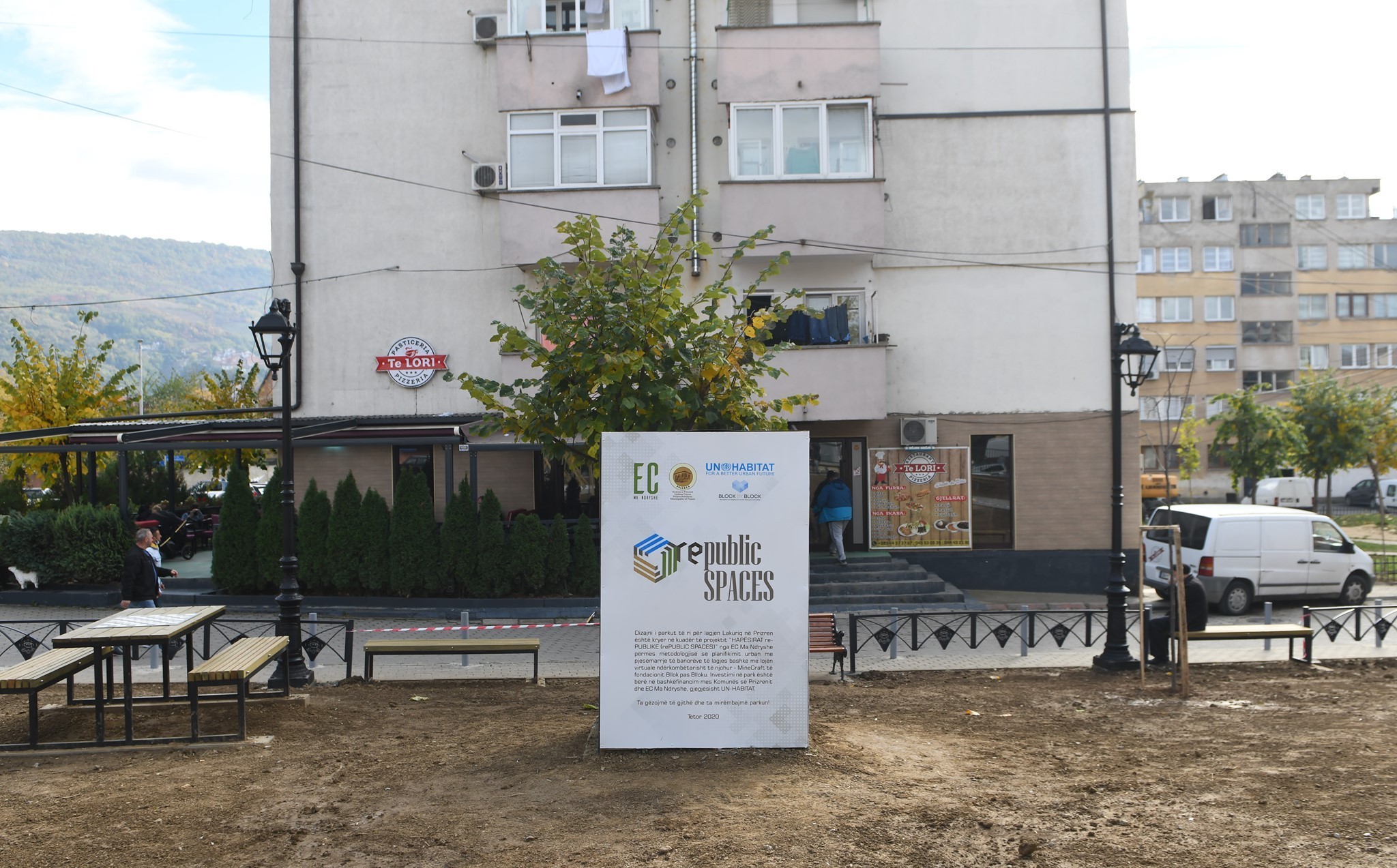 In an atmosphere full of enthusiasm created by the children, on Saturday, October 31st, the new park was inaugurated in the Lakuriq neighborhood of Prizren. The hosts of the inauguration ceremony were the Mayor of Prizren Mr. Mytaher Haskuka, director of Department of Public Services Mr. Osman Krasniqi and the Executive Director of EC Ma Ndryshe Mr. Valon Xhabali together with the project coordinator Mr. Enes Toska.

The design of the new park for the Lakuriq neighborhood was carried out within the project “rePUBLIC SPACES” conducted by EC Ma Ndryshe through the participatory methodology of urban planning together with the internationally known virtual game MineCraft from Block by Block Foundation. The investment in the park, in the amount of $50,000, was co-financed between the Municipality of Prizren and EC Ma Ndryshe, respectively UN-HABITAT.

Within the park number of functions are built, such as: basketball and small football field (suitable also for tennis), pedestrian paths suitable for people with disabilities, children`s playground and drawings made by the children themselves, seats of various shapes and materials, chess table, public lighting, trash bins, bicycle parking space, car parking posts and landscaping, including planting trees and grass.

This project is one of the results of the rePUBLIC SPACES project and derives from the long comprehensive process that started last year. The project has included the design of 6 public spaces in the neighborhoods of Lakuriq, Bazhdarhane, Dardania and Ortakoll. During the process all the residents of the respective neighborhoods were invited during the process where number of meetings, consultations, workshops and presentations were held and collectively there were identified problems in the selected public spaces and then there were offered solutions and urban design ideas for the construction and improvement of these spaces. The project, beside the inclusive process, has produced the detailed design projects (including the Bill of Quantity) for all the aforementioned spaces and was approved by the residents of the neighborhoods for the needed investments in these spaces. The Municipality of Prizren has pledged to continue with the same approach to invest in other spaces identified through this project.

During the inauguration in the Lakuriq neighborhood, the mayor of Prizren, has stressed that this park "is a good example of how public spaces should be arranged and designed because the process from the beginning was based on consultations with the community and the project was carried out according to their requests too”.

The director of EC Ma Ndryshe, Mr. Xhabali, at the inauguration expressed his enthusiasm that "Prizren in 2021 can become a model for other cities where public spaces are at the service and use of the community."

This project is part of the “rePUBLIC SPACES” project whose general objective is to promote safe, inclusive and accessible public spaces in Prizren through policy dialogue, projects designed and demonstrated by the community, aimed at improving the living conditions of residents and disadvantaged communities.